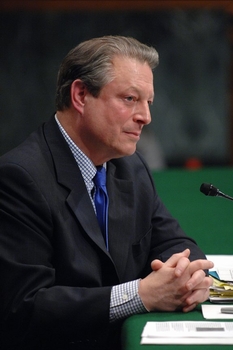 Do you need help to determine what are global warming myths and what is truth around climate change in the 21st century.

Our family met with some experts on the topic and listened to what they had to say. These few lay scientists were strong believers in global warming. One was trying to relocate to higher ground so that they would not be affected by the rising sea levels.

Another was uprooting his family to move to a nature reserve from where he would promote environmental change in schools.

These men were firm believers and their lives reflected their beliefs.

It was hard not to see things from their point of view and their research was quite convincing that global warming was not a hoax, but was in fact something rather real.

I, however, have been sitting on the fence as there is an astounding amount of information showing that global warming is a natural cycle of our earth and that the current temperature of the sun has more to do with the increased temperatures on the earth than human activity does.

It wasn’t until recently that I was able to make up my mind about global warming . The step in this direction came when a group of 650 scientists met at Heartland Institute‘s Third International Conference on Climate Change in New York in March 2009 and then published their findings about global warming. Other people like Al Gore in his Inconvenient Truth play on your emotions of fear and guilt, and particularly those of children as they watch the computer simulation of a stranded drowning polar bear, hoping that this will bring about change.

Either way it is important for everyone to not have the wool pulled over their eyes because the hype in the press for global warming is so great that it is easier to walk with the crowd than to find out both sides of the debate.

One of the greatest global warming myths is that human activity is the primary cause. I have even head that some environmental scientists are blaming rice paddies as they release amall amounts of methane gas as they mature. Yet others global warming myths include cows and their gaseous habits when making our milk from their grass!

So what does this mean to greenies like me? I never chose the “green way” because of global warming so we will continue to live a life that is as environmentally sound as possible. This means we will continue to grow our own vegetables, reduce our food miles, use eco friendly cleaners and recycle what we cannot reuse.

What does it mean for you? Well, you make up your own mind!